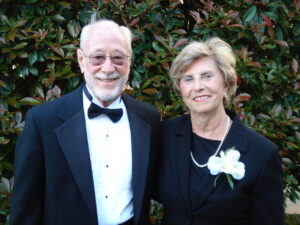 Wayne Lewis Roakes, age 85, passed away peacefully of natural causes on December 28, 2020. He was born January 26, 1935 in Lynchburg, VA. to Louise Moore Roakes and Asa Mitchell Roakes. After graduating from EC Glass High School, he attended Duke University followed by serving in the US Air Force. He was stationed in Germany when he met his lifelong love and wife for 61 years, Adelheid Thul. Wayne and Adelheid married in Germany and shortly after had two daughters, Susan and Sally. Wayne returned to Lynchburg with his family and began working as a surveyor for Wiley & Wilson. He later became the Controller for the firm. Wayne finished his finance career as Bursar for Virginia Episcopal School. Wayne was an incredibly loving and caring son, husband, father and grandfather. Wayne was well known in Lynchburg for his singing: in the Park View Methodist Church choir, many revivals, weddings and funerals, barbershop quartet and the Jefferson Choral Society. He enjoyed distance running and faithfully ran the Lynchburg Ten Miler annually as well as several marathons. Proceeded in death by his wife and brother, Robert Roakes (survived by wife Elayne), Wayne leaves behind his daughters, Susan Roakes, of Memphis, TN and Sally Wilson and her husband, Kendall Wilson, of Alexandria, VA; grandsons, Isaac Wilson of Salt Lake City, UT, Nathan Wilson of Washington, DC, and Eli Buncick-Roakes of Memphis, TN. Wayne is survived by his brother Donald Roakes and his wife, Dolores of Lynchburg, VA, and niece Cindy Green of Scottsdale, AZ. A celebration of his life will be held in Lynchburg once it’s safe to gather. Burch-Messier Funeral Home, Bedford, 540-586-7360, is assisting the famil