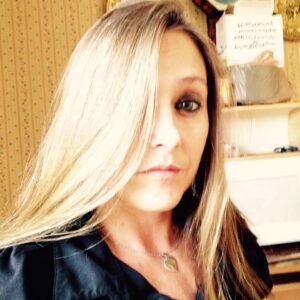 Sherry Ann Browning Stclair, 48, of Goodview, passed away on Friday, November 12, 2021. She was born in Williamsburg, VA on October 15, 1973 a daughter of Levi Browning and the late Mildred Edwards Browning. She was so beautiful, bright and bubbly and was always laughing. Sherry was a great mother and grandmother and will be deeply missed. In addition to her father, she is survived by her daughter, Victoria Stclair; her son, Bradley Ray Stclair; brother, Clinton Ray and wife Sandra and their daughters, Cassi and Jenny; grandchildren, Jayce, Bentley, Aubrey, and Lincoln; boyfriend, Jeffrey Broughman; special friend, Troy Stclair; and several nieces and nephews. No services will be held. Arrangements by Burch-Messier Funeral Home, Bedford, 540-586-7360.