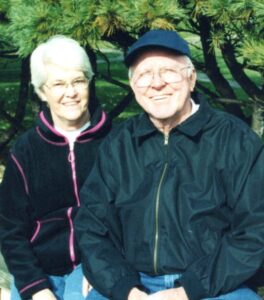 Clifton “Cliff” Carroll Belknap born February 24, 1932 passed from this life on November 11, 2020 at the age of 88. Originally from Parkersburg, WV Cliff retired to Bedford, VA for the past 33 years.  He served four years (1950- 1954) in the Air Force during the Korean War conflict. His love of planes landed him a job as an airplane mechanic where he paid for his own flight lessons during his off time. He eventually was hired on as a commercial copilot and then later pilot for Eastern Airlines.  A devout Christian and active member in his church while in Bethlehem, PA and also in Bedford and Botetourt, Cliff now soars with his Lord and Savior above the clouds. Cliff is survived by his wife Betty of 62 years; his daughter, Stephanie and son-in-law Brad Thomas of Williamsburg, VA; granddaughter, Emily and Navy lieutenant Alex Kelly of Slidell, LA; granddaughter, Autumn Thomas of Williamsburg, VA; and three great-grandsons, Aaron, Braelyn, and Tavenner. A family gathering will be held at Burch-Messier chapel on Monday, November 16, 2020 at 11:30 AM followed by a graveside service at 1 PM for friends and family at Virginia Memorial Cemetery. In Lieu of flowers, the family request that donations be sent to either Centra Bedford Hospice, the American Heart Association, or the American Parkinson Disease Association. Arrangements by Burch-Messier Funeral Home, Bedford, 540-586-7360.